Fandifi Technology (TSXV:FDM) is a new social engagement tool that allows creators and fans to connect more deeply with live content. The firm has developed the industry’s most advanced Fan Engagement prediction engine, which motivates and pays users. Its platform allows casual fans to become Superfans by allowing them to interact with other fans, dig deeper into their content, and be rewarded for their “Fandifinity”.

The business ventured into a burgeoning tech area. Every minute, 44 million people (about twice the population of New York) watch live videos on Facebook, 164 million people watch videos on TikTok, and 694 thousand hours (about 79 years) of video are streamed on Youtube. FDM includes a variety of services for Fandifi FANS, such as social interaction, NFTs, and involvement with celebrities/athletes, as well as Fandifi PARTNERS, who can gain access to more audience data and new audience targets, among other things.

A recently signed letter of intent (LOI) with Yoruba Media demonstrates the possibilities for investors. Fulwell 73, the production company of actor James Corden, owns Yoruba. Fulwell is producing the new Kardashian show, which has a lot of NFT potential, in addition to Carpool Karaoke and other shows.

Mr. Eltawashy of Yoruba comments, “Yoruba Media Labs is built on innovative ideas that entertain, inspire and uplift people through content. Through our partnership with Fandifi, we will introduce the Company’s prediction engine and NFT rewards marketplace to leading content creators, broadcasters, and influencers across various genres. Our goal of building deeper fan engagement intersects directly with the features and capabilities of the Fandifi ecosystem.”

There are 82 million shares outstanding, for a total of 126 million fully diluted shares. Companies listed on junior markets frequently need to raise money through private placements, diluting their capital structure, hence this figure frequently exceeds $100 million. There are 35 million warrants with a weighted average exercise price of $0.29 and 8.5 million options with a weighted average exercise price of $0.25, according to their most recent financial statement.

WHY POTENTIAL INVESTORS SHOULD BE EXCITED

The company’s balance sheet is very excellent. It has a very strong balance sheet, with $6 million in total assets, $4.2 million in cash and cash equivalents, and no debt. 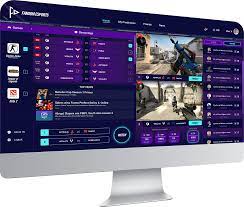 Fandifi hasn’t posted any losses in the last three months. The company has solid basics, is developing platforms, and is entering a potential industry. Its valuation is currently quite low, thanks to investors who would rather invest in commodities than in tech enterprises now. The stock will acquire increased traction as investors return to IT businesses. Quant Report assigns a fair value of $0.45 to FDM, implying a potential upside of 109%.

Fandifi is without a doubt a one-of-a-kind firm. It should, however, appeal to both crypto enthusiasts and people who simply want to learn more about the industry. In its recent press releases, the company is transparent in explaining what is going on, allowing a wide range of investors with varying levels of interest to follow along and appreciate it.