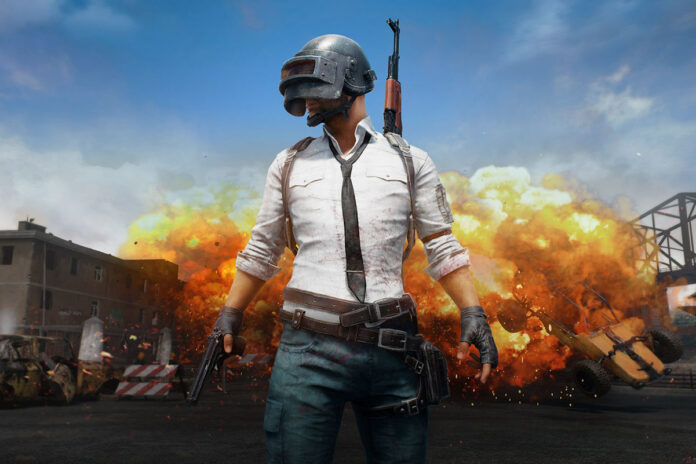 These tournaments come from the successful previous collaboration between Swarmio, Globe Telecom, and Tencent Games.

Earlier in the year (April 2022), Globe Telecom rolled out Swarmio’s proprietary Ember gaming and esports platform to its 85 million customers under the brand name Globe Gamer Grounds. This partnership is still effective, and revenues generated from subscriptions and transactions inside the platform are shared between Swarmio, Globe Telecom, and TM WHOLESALE.

Why are these new PUBG Mobile tournaments exhilarating for the company? PUBG Mobile is one of the most popular games in the Philippines, with more than one million active users per month.

Regarding the PUBG Mobile Philippine City Tournament series, it has previously been hosted by Tencent Games/Level Infinite in several other countries, including Malaysia and Indonesia. One hundred sixty-nine teams had registered for the PUBG Mobile Philippine City Tournament, which kicked off with Open Qualifiers on October 15 and will be live-streamed on Youtube, Tik Tok, and Meta. The final round will take place in the last week of October, with cash prizes of up to PHP 5,000 ($85) for the finalists. The Gamer Grounds Championship’s second tournament was launched on October 12. It is held across three popular game titles and is open to all non-professional gamers residing in the Philippines. Cash prizes will totalize PHP 1.5M ($25.5k) and be awarded to the finalists. With support from the Philippines’ Gaming and Amusement Board (GAB), Philippine Esports Organization (PeSO), and Tencent Games, the championship is one of Globe Telecom’s efforts to promote Globe Gamer Grounds as the platform of choice that connects and rewards the gaming community in the Philippines.

Swarmio’s gaming and esports platform, Ember, was launched in 2021 as a SaaS product that telcos can add to their bundle packages to attract and retain customers and increase ARPU (Average Revenue Per User).

Let’s get to know more about the companies Swarmio partnered with. Globe Telecom is simply a telco mammoth. The company is a leading-full service in the Philippines, trading under the OTC ticker GMTEF, and is worth USD $5.4B. Globe Telecom fulfills all consumers and businesses across an entire suite of products and services, including mobile, fixed, broadband, data connectivity, internet, and managed services. In 2019, Globe became a signatory to the United Nations Global Compact, committing to implement universal sustainability principles. Its principals are Ayala Corporation and Singtel, acknowledged industry leaders in the country and the region. About Globe, Gamer Grounds is a platform to unite Filipino Gamers regardless of the games or devices they play. Registered users will be able to participate in a daily tournament and influencer challenges, among others, and be rewarded with Ember Points which can be redeemed into in-game currency, gift vouchers, and many more. Regarding level Infinite, it was launched by Tencent Games; Level Infinite is a global gaming brand dedicated to delivering high-quality and engaging interactive entertainment experiences to a worldwide audience, wherever and however they choose to play. It operates from bases in Amsterdam and Singapore with staff around the world.

Recently Swarmio Media announced it added ‘Echo,’ a new communication solution for gamers, to its Ember Gaming and Esports platform. This technology has many incredible benefits for the users and Swarmio to expand its solutions. The Echo gamer communication solution will be bundled with Ember’s existing subscription service and promoted to +100M captive telco users worldwide. The new technology will enable Swarmio to monetize the service and add another revenue stream.

Swarmio is involved in the world’s most extensive entertainment market, with +$200B in revenue and +3B players. The industry is in a switching mode. Indeed it is expected to expand at a 12.9% CAGR from 2022 to 2030. Advances in technology and continued innovation in hardware and software to enhance the real-time rendering of graphics are expected to drive the market’s growth over the forecast period. The proliferation of smartphones, the growing internet penetration rate, and the easy availability of games on the internet are expected to contribute to the market’s growth.

Swarmio Media (SWRM.CN) is expanding at a full pace mode. Targeting the PUBG Mobile audience in the Philippines and rewarding them with prices is a great strategy. The company targets $10M in monthly revenue thanks to 1M users from 100M hub visitors. Keep in mind the company’s current market cap is worth under 10M. If, according to the company’s plan, revenues exceed 120M yearly, the return on investment will be more than just a ten-bagger.