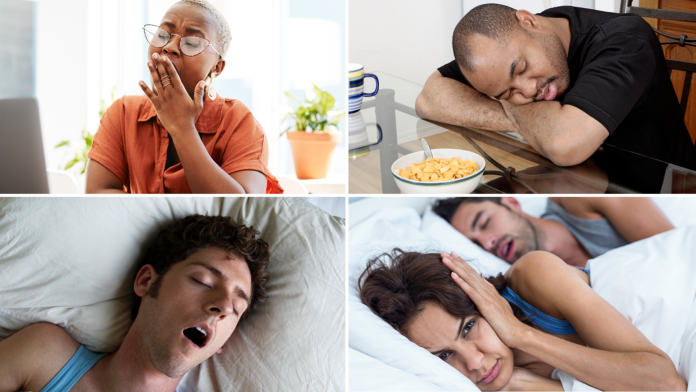 The global intelligent sleep tracking products market will demonstrate revenue of USD 11234.55 million by 2028 and grow with a CAGR of 17.50% during 2020-2028; a surge in concern for sleep-related disorders underserved to drive the market growth.

The sleep apnea market is massive and incredibly underserved.

Nothing good or healthy about snoring. There is no reason it should continue.

Welcome to the OTCQB!

On October 13, 2022. APYP was uplisted to the OTCQB. (The OTCQB, also called “The Venture Market,” is the middle tier of the over-the-counter (OTC) market for U.S. stocks. It was created in 2010 and consists mainly of early-stage and developing U.S. and international companies that are not yet able to qualify for the OTCQX but are not as speculative as the lowest-tier Pink Sheets).

Needless to say, while regs are tighter, the up list gets more investor visibility and hopefully, larger trading volumes; the lifeblood of any small cap company.

In the study, “Obstructive Sleep Apnea and Inflammation: Proof of Concept Based on Two Illustrative Cytokines,” published recently in the International Journal of Molecular Sciences, researchers examined the link between obstructive sleep apnea syndrome (OSAS) and inflammation and the ensuing damage caused to organs. They concluded that OSAS promotes a persistent low-intensity inflammatory state.

Depending on the source, OSA numbers worldwide are between 100 million and 1 billion. Why should you care and be involved in a cure/technology?

Obstructive sleep apnea is associated with obesity in more than 60% of cases.

ALS patients are more likely to have sleep apnea than the general population. 45.6% of ALS patients had more than five apneas or hypopneas per hour.

There is a significant prevalence of psychiatric comorbid diagnoses such as:

As one who has reaped most of the negative benefits of OSA, I can attest that technology makes life better and less drama free, healthwise.

Appyea has seen the need and is working to develop technologies to make life for folks like me better and frankly longer. And, as we find out more about the negative aspects of inflammation on our bodies, including as a cause of OSA, new techs deserve our attention.

The Centers for Disease Control (CDC) just granted the American Academy of Sleep Medicine (AASM) a grant to help raise awareness of obstructive sleep apnea (OSA). This is a project we at The Insomnia and Sleep Institute of Arizona fully support, as OSA is one of the most common—and potentially deadly—of sleep disorders. Millions of Americans struggle with obstructive sleep apnea and, as AASM’s president Raman Malhorta points out, millions more “don’t even know they have sleep apnea.”

While the purpose of this piece is to build awareness for SleepX/Appyea, the underlying benefit is that if even a few people read this and get an OSA test, that is equally important, both to you and the Company noted. As I have said before:

My ex-wife simply used the couch in another room as her technology. After years of snoring, I finally got a sleep test. As one who stopped breathing 100 times an hour, I have been on a CPAP machine ever since: And been challenged with various health issues, including—now controlled– Congestive Heart Failure. There are varying degrees of Obstructive Sleep Apnea, and each can be controlled with various approaches.

And now, whenever I can, I ask friends and relatives in a non-creepy way if they snore. Yes, there is a cost for a sleep test. The results are cheap at twice the price. If I hadn’t gone, I’d be dead.

Appyea not only cares, but it is also producing strategies and tech that will not only make lives better, but will and likely saved many from uncontrolled suffering and death.