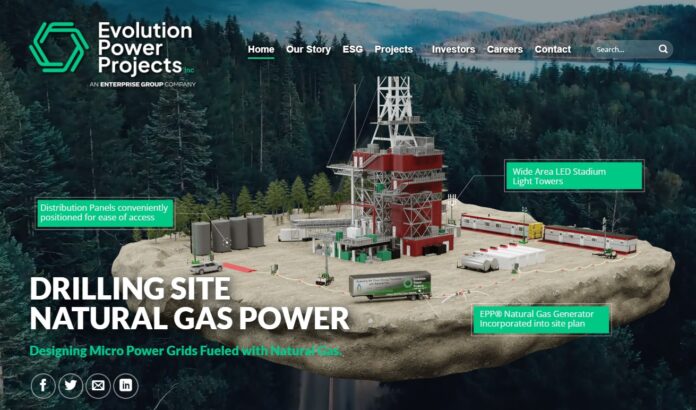 Enterprise, a consolidator of energy services (including specialized equipment rental to the energy/resource sector), emphasizes technologies that mitigate, reduce, or eliminate CO2 and Greenhouse Gas emissions for small local to Tier One global resource clients.

Enterprise remains an impressive performer. From a yearly low to high share price, it has increased 50% from CDN$0.29 to CDN$0.46. And the move has been with very few backfills and, at each level, appears to build downside resistance. Even though markets have been volatile, the Company’s price per share has performance belies that activity.

One reason could be the mainly consistent positive cash flow reported by the Company.

“For the nine months ended September 30, 2022, the company generated cash flow from operations of $5,160,161 compared to $3,467,365 for the same period in the prior year. This change is consistent with the higher activity at the end of the year and continuing into the first nine months of 2022”.

The Company has also added significant shareholder value; the Company has purchased and cancelled 9,042,500 shares at the cost of $1,945,784 or $0.22 per share. These shares have a carrying value of $1.43 per share for a total of $12,953,227 which has been removed from the share capital account over the entire share buyback program.

In addition to the share buyback program, during the nine months that ended September 30, 2022, management exercised 4,881,000 options resulting in net proceeds of $901,070 being reinvested into the Company, creating a management ownership position of 39.4%. Enterprise believes its stock remains undervalued as the Company’s book value is $0.64 per share, and management will continue to be aggressive in acquiring company shares.

The key for investors is that cash flow is used for these purchases, and at a book value of CDN$0.64 a share, the current market price is 44% of the book: the numbers are solid and consistent. The shares have outperformed the market as a whole, albeit as a junior stock listed on the TSX.

Recently, SVP Desmond O’Kell was featured in an informative video and several in the past. The most recent is on the current Q3 numbers, and the earlier ones are also available.

Much ink has been spilled on switching from fossil fuels to green energy. No one argues this is a laudable yet formidable challenge. Until that transpires, traditional fuels will still be in need, and resource companies, including Enterprise, are incumbent upon using and developing the most efficient extraction and use of fuels to mitigate GHG.

This March, Dimon urged the Biden administration to develop a modern-day “Marshall Plan” to boost energy production within the US and decrease dependence on foreign oil imports against Russia’s invasion of Ukraine. According to Axios, he also pushed for investments in green tech like hydrogen power and carbon capture.

Enterprise is a leader in this quest through its divisions, particularly Evolution Power Projects.

Take a moment, gentle reader and find out where the resource sector is going.

You will be both pleased and surprised and may want to back a solid leader.