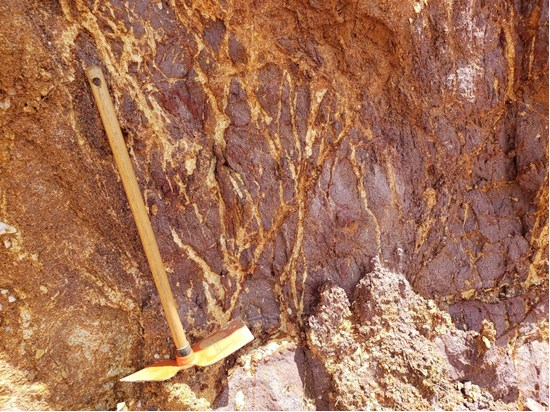 Brascan Gold’s approach is expanding its operations through options, joint ventures, or outright acquiring mining projects. Brascan Gold has three main mining sites namely, Black Cat property, Middle arm property, and Alegre gold property. They entered into an option agreement to acquire the 100% mining rights of the Black cat property which is located 40km south of the Baie Verte, Newfoundland. They went with the same type of option agreement to acquire the mining rights of Middle Arm property located in Baie Verte. All of these properties are located within Canada and their overseas investment, Alegre gold property is located in the Para state, Brazil. They are evaluating several gold projects in the Americas with 1,000,000 ounce plus potential to maximize their profits. Brascan has a worldwide network to cast a wide net to source and catch more profitable and promising gold projects. Brascan gold is funded mostly by the non-brokered private placement of eight million units of the company at a price of 30 cents per unit, for gross proceeds of $2.4-million. They planned to use these private placements for exploration expenditures and working capital and to acquire and explore additional gold properties in Brazil and Newfoundland.

Baie Verte region of Newfoundland is explored by more than 30 companies with the aim of finding their fortune with gold. Geologists have assured the presence of multiple high-grade deposits in a geological setting that is similar to the Goldfield region of Victoria, Australia. The Black Cat property is located on the Bae Verte Brompton Line (BBL) which is interpreted as an NNE striking crustal-scale fault. This gold occurrence was first identified by Canaustra gold Limited in the late 1980s. local gold and copper occurrences are reported to be in the surface grab samples as well as several strongly mineralized quartz-pyrite veins outcropping on the surface. Its exploration is planned to be carried out in two phases, with an estimated budget of $775,000. In the phase 1 study program, Line cutting, IP – Geophysics, Soil sampling, and Trenching are expected to be carryout as preliminary investigations for gold prospecting. In the phase 2 study, the site will be drilled up to a total length of 3500m.

This property is located 30km south of the town Baie Verte, Newfoundland which is composed of three contiguous minerals claims covering 650 hectares. This property covers a portion of the regionally significant Middle arm fault which extends more than 15km to the southwest, showing the presence of gold as reported by the Newfoundland and Labrador Geoscience atlas. The option claims are contiguous with the northern boundary of Maritime Resources Corp.’s Whisker Valley Project, and 14 km north of Maritime’s past-producer Hammerdown gold deposit. A 2.5km long, tadpole-shaped magnetic high anomaly is observed adjacent to this property where Brascan experts consider this anomaly to be a target warranting follow-up exploration.

Brazil’s present socio-economic conditions have opened an excellent opportunity for BRASCAN to purchase and explore gold deposits at lower costs. Alegre Gold property has excellent potential as a gold deposit that can support industrial-scale gold production. This Alegre golden project is owned 100% by Chapada do Brasill Ltd, a private company registered in Brazil. Now Brascan has entered into an option agreement to acquire a 100% interest in the Alegre Gold Property in Para State, Brazil. The project extends over 9465 hectares and is currently held under a single exploration license issued by the Agência Nacional de Mineração Currently gold production are done on small scale by Garimpeiro operations, producing 1kg of gold per week from shallow surface excavations. Alegre project covers a portion of the Tentugal shear zone of the Gurupi Greenstone Belt in the State of Pará, Brazil. Majority of gold mineralization are observed in a volcano-sedimentary sequence called the Chega Tudo Formation. It has been traced via the Garimpo operations along a strike length of approximately 7.5km. Gold is normally found associated with quartz veining and stockwork that occurs along the contact between a yellow quartz-mica schist and reddish-colored shists that appear to be weathered gneissic rocks.