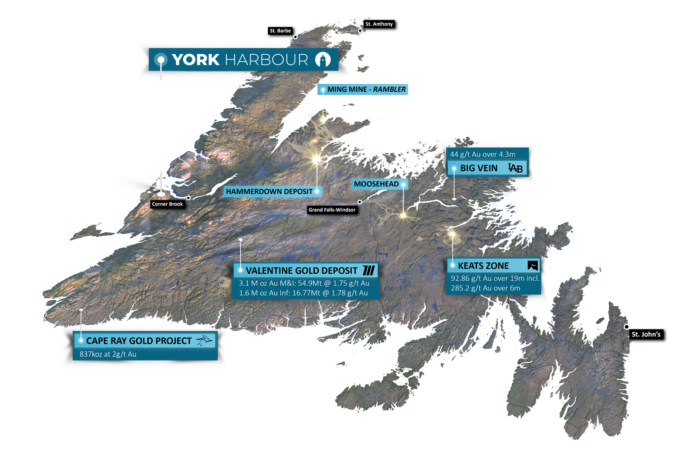 York Harbour Metals (TSXV: YORKF) has now turned its attention to pepper drilling as it looks to outdo itself when it completed 10,000+ meters of drilling on Newfoundland back in April. With the recent acquisition of the New Harbour Mine Project, the company plans to continue drilling the strike and depth extents of the Main Mine area and test the other massive sulfide targets.

York Harbour Metals has also successfully negotiated a royalty buy down after signing a deal to decrease the existing 2 percent Net Smelter Royalty for its York Harbour Copper-Zinc Project to a 0.5 percent NSR by purchasing 1.5 percent NSR, according to sources.

As evident, the Phase 1 and 2 drilling programs’ analytical results suggest that there may be various stratiform layers of volcanogenic massive sulfide or VMS mineralization, some of which are more copper-rich and others of which are more zinc-rich.

York Harbour Metals has zeroed in on the York Harbour Copper-Zinc-Silver Project, a mineral deposit located about 27 kilometers south of Corner Brook, Newfoundland and Labrador, and aims to accelerate stage 3 exploration.